It was a year that found me working more hours per week than I ever thought I would. Twelve-hour days became the norm, bookended with hour long bus rides through the suburbs of London, crawling my way north over the Thames and back again, german audio courses filling my ears for the morning journey, and Alex’s voice filling them for the return trip home.

I went in and out of a thousand patient’s homes, into apartments of squalor and into estates so grand they could have housed five families instead of the single rich elderly resident that they did. I took endless blood pressures, felt an infinity of pulses, and inserted blessedly few suppositories. Maybe around four. Not too bad, really.

It was a year that found me spending more time away from my loved ones than in any other period to date. I was away from Australia for thirteen months, and saw my partner for only three and a half days of every fortnight. I was either working or in my tiny bedroom in Tooting, where my primary activities were eating, skyping and sleeping.

It was a year where the news reports seemed determined to bend us and bow us, to convince us the world was a doomed place being run by morons and bigots. The endless stream of click-bait fed us a diet of hopelessness and negativity, and sapped already depleting reservoirs.

It was a taxing year, certainly, but don’t believe it all, because 2017 was also an exhilarating year.

My voice quavered and my hands shook, and I asked my lady a question and she gave me a lifetime of happiness by answering in the affirmative. This happiness commenced almost immediately when, at four o’clock in the morning, with both of us too juiced up with adrenaline to sleep, we sat in bed, watched TV, and ate potato chips. Perfect wife material, my friends.

It was a year that contained a visit from my parents who crossed oceans and continents to meet me, my new fiancée, and my new fiancée’s parents, in Greece. The six of us soaked in the sun and the sea of the Mediterranean, ate our body’s weight in delicious food, and shared in the excitement of the coming nuptials. 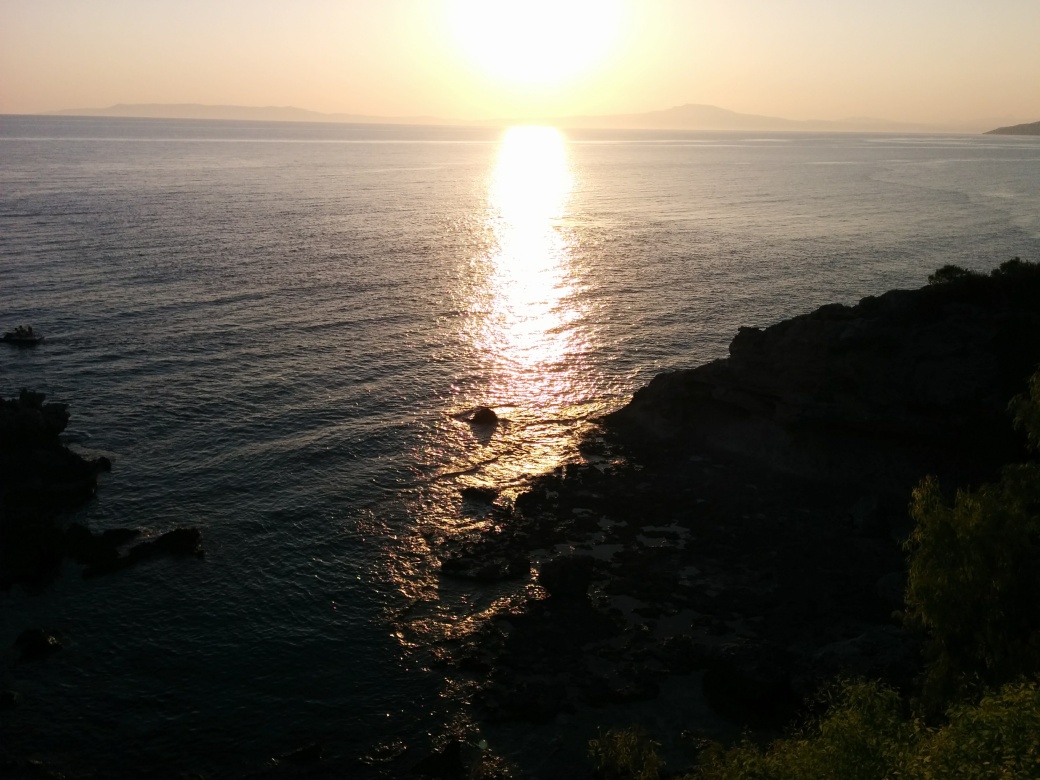 We explored the city of Vienna, my second home, and I journeyed with my parents across the United Kingdom. My previously isolated existence was suddenly occupied, and places and streets and homes that had been segregated from my former life became infused with the flavour of family. Those lonely locations in London now carried memories of Mum and Dad, causing the loneliness to have a harder time taking hold.

The year contained adventuring as the three of us road-tripped, dipping into the wildness of the Scottish highlands and tracking the coastline of Northern Ireland. We explored the isle of Skye, trekking on foot into the beauty and fierceness of the land, standing at the crest of the Old Man of Storr and whooping into the wind that tried to uproot us from the rocky soil.

It was a year where I shared texts and photos and videos with my older brother, Matthew, and spoke to my sister, Angela, through computers and phones, and realised I wasn’t as cut off as I imagined myself to be.

It was an exhausting year, and an exhilarating one, and one that helped highlight the significance of each of these attributes. Because although the adventuring was eye-opening and inspiring, and it was for the adventuring that I originally stepped out of my house in Ardeer and trotted off to Europe, it was the more subdued moments that really made my year worthwhile.

It was weekends with Alex, chatting over coffee or making meals together, or doing nothing at all but sitting on the couch and watching TV, that made the hours of work slip from my shoulders.

It was sitting with Mum and Dad in an irish pub or an Airbnb kitchen and having a beer or a cup of tea, and talking as if the miles that had previously separated us and the months spent physically apart were a brief nuisance already evaporating from our memories.

It was seeing my family’s faces in my laptop and mobile, and laughing like we always do until I could have sworn they were in the room with me, our conversation creating a temporary bubble where the laws of time and space were suspended, that punctured my isolation and deflated it.

It was all these interactions, these small and intimate moments amongst the labour of work and the highs of adventuring, that made the external stressors of the rest of the world that usually hammered at my attention become nothing more than the sound of rain falling somewhere outside while I was tucked up warm indoors.

2017 exhausted me, but it also exhilarated me to learn that what I really want from my life is these quieter moments, moments with Alex, conversations with my siblings, tea with my parents. Because while the adventuring is great, and standing on a mountain in Scotland laughing and screaming into the wind will have your adrenaline racing, it’s the getting warm and dry at the bottom with someone you love that gives it significance.

So bring on 2018, a year where I will marry the woman I love and build a life with her. A year where, by the end of it, I will no longer be torn between two cities, but will finally have a home in Vienna. A year where I’ll celebrate two weddings with my family, and see my brother marry his best friend.

A year where I’ll work less, and probably adventure less, but instead make time for the quiet moments that make both things worthwhile.